Ingredients for the cabbage sausage variant:

Cut the stems of the peppers into a circle and remove the seeds. Boil the rice with twice the amount of water and a pinch of salt. Reduce the heat to a minimum and cover the pot. Cook the rice for about 15 minutes, then let it cool.

Thoroughly clean the kale kales and remove the leaves from the thick stems. Put in boiling salted water and cook for 6-7 minutes. Remove and squeeze the liquid well. Roughly chop the street. Cut the sausage into pieces and sauté in olive oil for 1-2 minutes. Put the rice, sausages and sausages in a bowl and mix everything together. Season abundantly with salt, pepper and chilli. Fill the peppers with the stuffing.

Ingredients for the broth:

Put the peppers in the broth. They should be about one-third submerged. Put pieces of butter on the filling. Cover the pot and cook the peppers over low heat for about 35-40 minutes.

Serve the stuffed peppers with the stock as a sauce and some olive oil. If you like, you can serve it with a dip.

Ingredients for the dipping:

Crawl the lime peel and squeeze the juice. Season the cream with olive oil, lemon zest and juice and salt. Wash the dill, peel, finely chop and mix with the cream.

Ingredients for the salmon variant:

Wash the peppers, cut the stems into a circle and remove the seeds. Cut the peppers into small cubes. Cook the rice as described above and let cool.

Cook kale kale as described above and then chop. Clean the salmon and cut into cubes of about 2 cm. Put all the prepared ingredients in a bowl and mix. Mix the turmeric and chilli, season the mixture with salt and pepper and fill the peppers.

Prepare broth as with the cabbage sausage variant and place the stuffed peppers in it. They should be about one-third submerged. Put pieces of butter on the filling, close the pot and cook the peppers over low heat for about 35-40 minutes. Serve with the sauce, the dip and some olive oil. 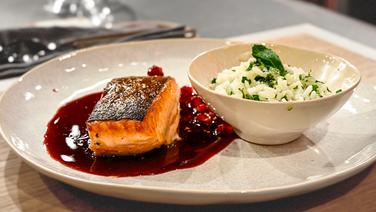 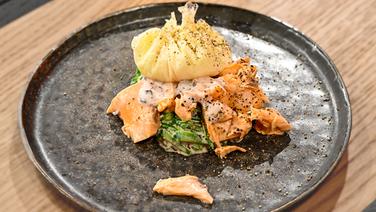 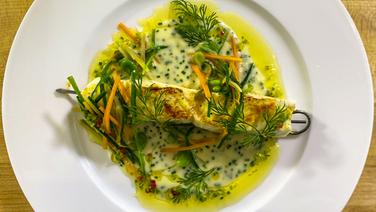 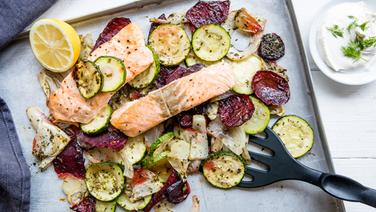 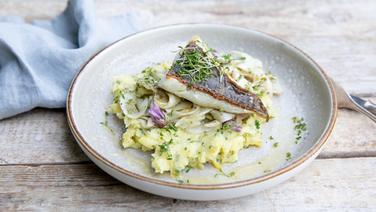 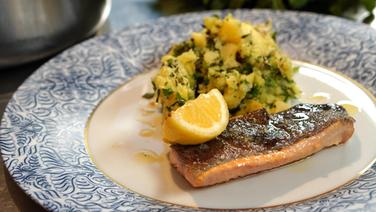 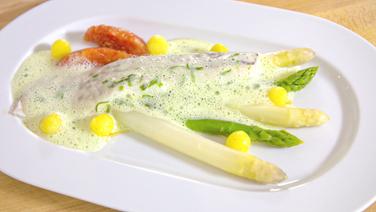 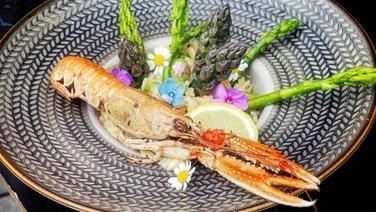 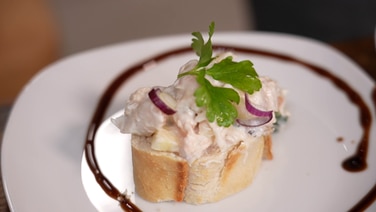